Just weeks earlier, the area had been decimated by bushfires, sparked by an uncontrollable blaze at Cudlee Creek, just north of the school, which eventually tore through over 25,000 hectares of land, leaving in its devastating wake destroyed homes, livelihoods and lives.

Olivia said she encountered a school community in shock, grief-stricken by what had happened. While some families had lost their homes, others had lost holiday homes on Kangaroo Island, 200kms to the south, which had also been devastated by bushfires with some 50 per cent of the island destroyed.

“Almost everyone had been affected by the fires in some way, either directly or through someone they knew. It was a sad start to the school year,” recalled Olivia.

As the school community came together to support each other as best it practically could – running food and clothing drives – it was clear that for many younger people, emotional help was also needed.

“At the beginning of the school year, we noticed some students really struggled to focus - they were hyper-vigilant to sounds, their anxiety levels were high and often distracted.”

And for these students, Stormbirds was offered.

Thanks to funding from the St George Foundation, Olivia had undertaken training in the grief and loss program, which was developed in 2009 as a short-term mental health response to Victoria’s Black Saturday bushfires. It has since been used to support bushfire, flood, earthquake and more recently, COVID-19 affected communities in Australia and New Zealand. Stormbirds is an adaptation of The MacKillop Institute’s internationally recognised, evidence-based, Seasons for Growth education program that helps children, young people and adults manage significant change or bereavement in their lives.

Based on feedback from parents, Olivia said five students were selected to participate in the program. Among them an eight-year-old consumed by anxiety, who had stopped eating, couldn’t focus in the classroom and struggled to fall asleep at night. Another rarely ventured out further than his home or school, still nervous in the aftermath of the fires.

But in their shared anxiety, the group found a strong sense of camaraderie.

Olivia said the students loved being part of a group that all experienced the same emotions. From the first session, they welcomed the opportunity to talk with each other about what had happened and how they felt.

“They loved it (Stormbirds),” said Olivia. “Despite the bushfires having occurred months earlier, they still wanted to talk and hear what each other had to say.”

Shared emotional support wasn’t the only benefit gained: one student has since used the coping skills taught to better manage the challenging upheaval of a parent undergoing cancer treatment, while another uses Stormbirds’ tools whenever he is stressed.

COVID-19 and a mentally exhausted school community saw limited Stormbirds sessions offered to students, however Olivia is keen to provide the opportunity as the year progresses.

"The work we’ve done with Stormbirds to date has been very successful with feedback, particularly from parents, indicating their children have loved it: it’s proven to be an activity that offers a positive association with the fires."

The MacKillop Institute is a part of MacKillop Family Services. 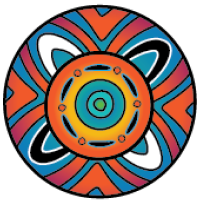 MacKillop Family Services acknowledges the Traditional Custodians and their Elders in each of the communities where we work.